8 charming market towns you need to visit in Somerset

Still hosting lively markets every week, there are many delightful market towns to put on a list of places to visit in Somerset. We recommend starting with these 8!

With a vibrant arts scene, Frome isn't your typical historic market town. An amalgamation of independent boutiques and specialist shops, contemporary galleries, musical talent, and a real sense of community spirit, it's easy to see why Frome scooped the National Great Town Award in 2016 and one newspaper even called it the coolest town in Britain.

Throughout the year the town hosts a number of popular events including the Frome Festival in July which boasts ten days of music, literature talks, art exhibitions, comedy and much more. There's also the Frome Agricultural & Cheese Show and the festive-rich Frome Christmas Extravaganza. Keep an eye out for events organised by the not-for-profit Cheese & Grain café and bar which has welcomed an array of talent to its stage. Foo Fighters even performed a secret gig there in early 2017.

The pretty cobbled street of Catherine Hill is the perfect spot to relax in a cosy café and people watch or admire the gorgeous interiors of the converted chapel housing the Rye Bakery with a coffee and delicious pastry. The tasty dishes served at Thai Kitchen are also worth a mention - it is one of our favourite restaurants in Somerset after all.

Market days: On the first Sunday of every month between March and December, thousands flock to The Frome Independent, a street market showcasing the very best produce and crafts from the South West. There's also live music and DJs, street food, arts and events to enjoy. On the second Saturday of each month, the well-established Farmers' Market sells a huge array of local produce from the Cheese & Grain Market Hall.

On arrival to Axbridge's historic market square, we wouldn't think you're daft if you felt as though you've stepped back in time. Colourful shop fronts, half timbered buildings and the stunning 13th century Church of St John loom over The Square and all give a nod to the town's thriving wool production during the medieval period. Nestled on the corner sits the King John's Hunting Lodge, a medieval wool merchant's house which is now home to a Museum of Local History run by Axbridge and District Museum Trust.

The Strawberry Line leads into the town, connecting Axbridge to the nearby villages of Cheddar and Yatton, with plans to extend to Shepton Mallet. There's plenty of gorgeous scenery to admire along the trail whether you fancy a leisurely stroll or bike ride. During July and August, Lavender & Co located nearby on the Mendip Hills is a lovely way to while an afternoon away admiring rows and rows of beautiful lavender and views across the Somerset Levels and Quantock Hills.

Feeling peckish? Enjoy a drink and bite to eat at The Lamb Inn or the Crown Inn, a coffee and slice of cake at The Almshouse Tea Shop or indulge in an afternoon tea at The Oak House Hotel.

Market days: A farmers' market is hosted on the first Saturday of every month in Axbridge's town square. Expect plenty of delicious foodie treats from local producers including The Humble Pie Co and the Somerset Cheese Company.

The pretty coastal town of Watchet is a popular spot for holiday makers with its sleepy streets filled with quaint shops and charming pubs and eateries, an active marina, a gorgeous pebbled coastline and plenty of history. Sitting on the mouth of the Washford River on Bridgwater Bay, and near to Exmoor National Park, the town is surrounded by picturesque scenery just waiting to be explored.

Overlooking the town is the medieval Church of St Decumen boasting a 13th century chancel and the remains of a 15th century cross. While Cleeve Abbey, one of the best preserved medieval monasteries in the country, can be found just over two miles away in the village of Washford. The West Somerset Railway also makes a stop in Watchet, the delightful station is an intermediate stop on the train's journey from Bishops Lydeard and Minehead.

On warmer days, the town's harbour is a wonderful place to enjoy a peaceful sit down with an ice cream or battered cod and chips from Harbour Fish Bar. Cider lovers should cosy up in the atmospheric Pebbles Tavern - take a stroll along Market Street and you can't miss the pub's bright red frontage!

Market days: Heralding a tradition from the 13th century, Watchet organises a market held every Wednesday over the summer months. From  May to September, stall holders are able to showcase the very best local produce the county has to offer.

A vibrant kaleidoscope of colour and culture, there's so much more to the lively town of Glastonbury than the festival hundreds of thousands of revellers visit in nearby Pilton. Peruse the eclectic shops that line the streets; pick up an array of unique items at Man, Myth and Magik or Chalice Well Shop, shop minerals at The Crystal Man and browse 'all things Goddess' at the spiritual Goddess Temple.

Shrouded in history and legend, the formidable Glastonbury Tor has been a point of religious and spiritual significance for over 1000 years. An ascent to the top provides walkers with stunning views over Glastonbury and the county's rolling greenery, and also the chance to marvel at the remains of the 15th century churches of St Michael. Sprawling 36 acres of parkland, the staggering ruins of Glastonbury Abbey are also a must see when visiting the town. Enjoy a reflective walk through the grounds while you immerse yourself in the fascinating history of one of England's oldest abbeys.

Vegetarians and vegans are well-catered for when visiting the town. Excalibur Café and Rainbows End Café serve up an array of inventive meat-free dishes that would tempt even the most dedicated carnivore to go meat-free! Burns the Bread is a great spot to pick up a sandwich, pasty or cake while ale and cider drinkers can quell their thirst with a few jars in The Who'd a Thought It Inn and The King Arthur.

Market days: A market is hosted 9am - 3pm every Tuesday on Magdalene Street with plenty of local produce, food and drink, crafts and much more available to purchase.

An attractive town of glowing golden stone, Castle Cary, and the adjoining village on Ansford, is a haven of historic buildings, independent shops and boutiques and picture-perfect surrounding countryside.

Dating back to 1855, The Market House remains the focal point of the town, hosting a regular market as well as seasonal events and offering its stunning structure as a wedding or party venue. Enjoy a spot of shopping too with shops such as Need Needful Things Interiors & Gifts for gorgeous trinkets, among many independent stores.

The Monarch's Way, the Macmillan Way and the Leland Trail all pass near the town, as well as Lodge Hill for those after a spot of fresh air. On your return, recline in the modern interiors of the character-rich White Hart with a pint and bite to eat or enjoy the tasty, traditional Thai cuisine on offer at The Bakehouse. Weary travellers can rest their heads at The George Hotel, a quaint former coaching inn with 17 cosy, individually decorated bedrooms. 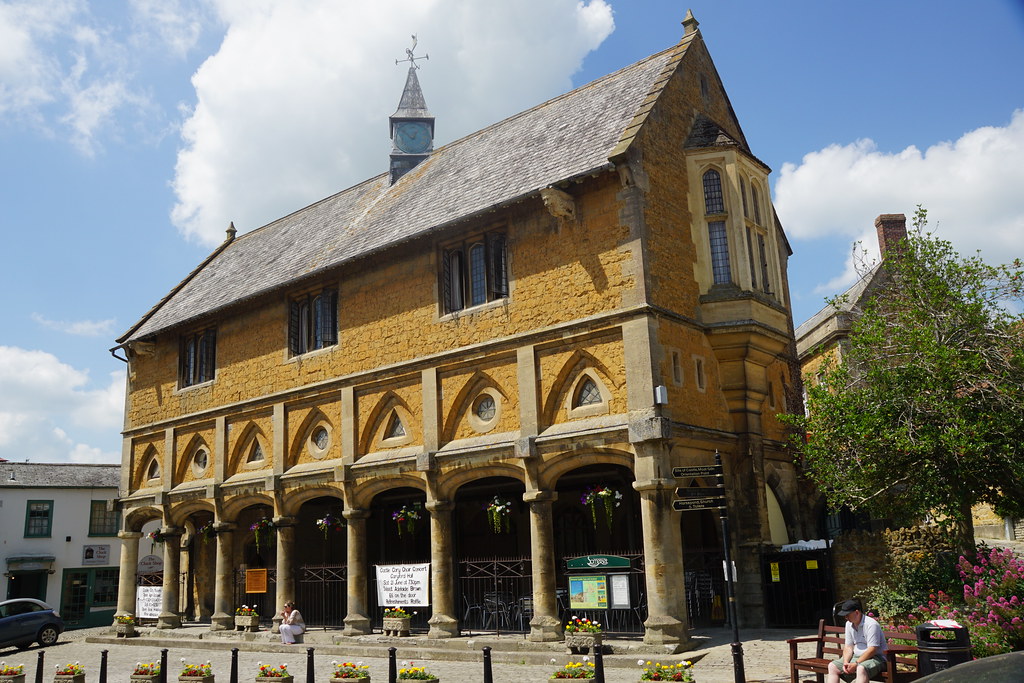 Home to the Somerset County Cricket Club, the Museum of Somerset and the pretty Vivary Park, a list of Somerset's charming market towns wouldn't be complete without mentioning our county town of Taunton. It's even been immortalised on a Monopoly board!

The town centre is a lively blend of independent stores and high street names including The Courtyard, a pretty spot with plenty of boutiques and the classic bistro, Augustus. You can while away a couple of hours in the delightful seven hectares of beautiful greenery at Vivary Park or perhaps go along to an exhibition at the Museum of Somerset. After that, cosy up in a corner of the magnificent St Mary Magdalene Church café with a pot of tea and slice of cake - perfection.

For more on Taunton take a look at our 20 hidden gems in and around the town.

Market Days: The award-winning Taunton Farmers' Market takes place every Thursday from 9am - 3pm along the high street offering patrons an extensive range of locally produced food and drink. Head along to Taunton Antiques Market on Silver Street to peruse a treasure trove of vintage finds. 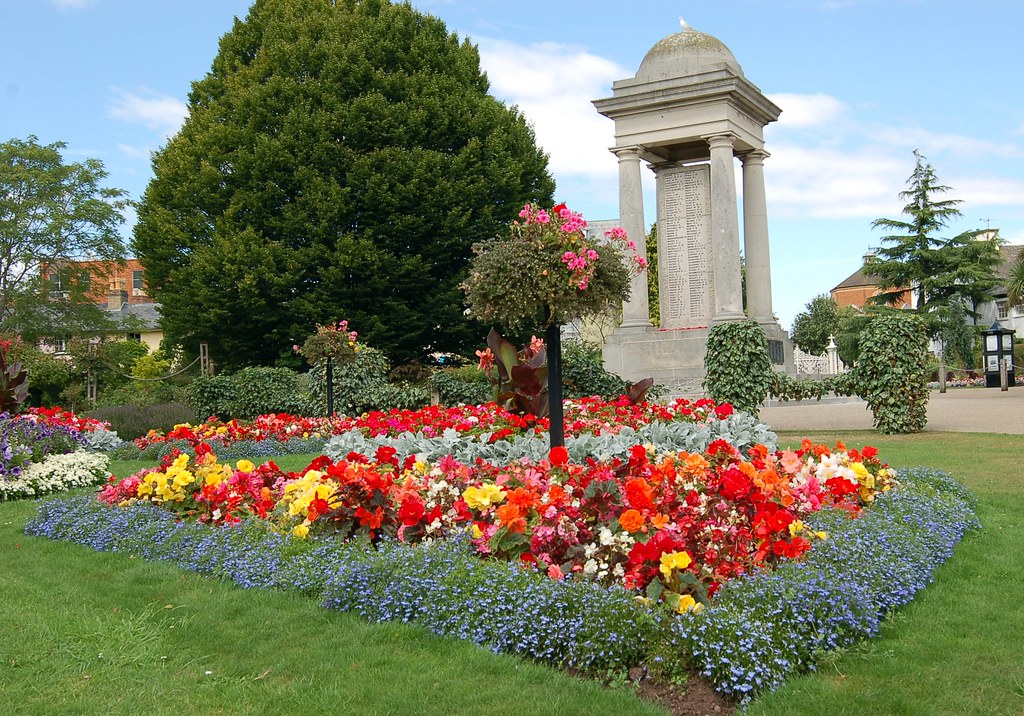 Being the source of the county's name, and briefly holding the title of county town at the beginning of the 14th century, Somerton boasts a rich history. Also known as the 'Royal Capital of Ancient Wessex', elegant stone architecture can be admired throughout the town including the 17th century Almhouses and the stunning octagonal roofed Buttercross dating back to 1673. Parts of St Michael and All Angels Church date back to the early 13th century.

New shops and residential developments have been completed or underway in the town to attract even more visitors to the town and bring communities closer together. There's a friendly feel there, and you can expect a warm welcome while browsing in the number of independent shops and boutiques or picking up groceries from the family owned Williams supermarket.

Fancy a bite to eat after all that exploring? Cafes such as The Courtyard Café, Savannah Coffee House and Full of Beans will sate your appetite while you enjoy the picturesque surroundings of Somerton. Also, just a short drive from the town, you'll find the Kingsdon Inn, a delightful thatched, family-run pub with a menu packed with delicious dishes and a lovely beer garden.

Market days: The Wessex Country Market, hosted at the Unicorn Skittle Valley on West Street, is open every Saturday morning (9.30am - 12pm). Expect plants, crafts and lots of local food and drink.

Dating back to Roman Times, Shepton Mallet has had a rich and colourful history. The bustling market town was known for its thriving wool production from the 15th to the 17th century, other industries grew to replace this including the production of cider and perry. Shepton Mallet is home to well-known Brothers Cider as well as the historic cider brands crafted in the recently saved (October 2016) Shepton Mallet Cider Mill.

Standing proudly in the centre of the town for more than 500 years is the imposing Market Cross. After featuring on a BBC TV series, it was noted the structure was in need of repair and became subject to a £90,000 restoration. It's a must see while on a visit to the town! There's also Shepton Mallet Prison, one of the country's oldest prisons still in use until its closure in March 2013. Immerse yourself in the fascinating history of the prison on a tour or "enjoy" A Night Behind Bars - a 12 hour overnight stay in a prison, without the sentence.

Kilver Court is a shopper's paradise; featuring popular, well-known brands as well as unique finds. The Secret Gardens, created by Ernest Jardine over 100 years ago, is a delightful place to lose yourself in beauty and tranquillity for a few hours.

Market days: Shepton Mallet has hosted a weekly market for centuries on a Friday, and it still runs today. From 9am - 2pm shoppers can peruse a variety of locally produced food, drink, crafts and general items. After its successful introduction in November 2016 the town also hosts a market every third Sunday of the month (10am - 3pm). 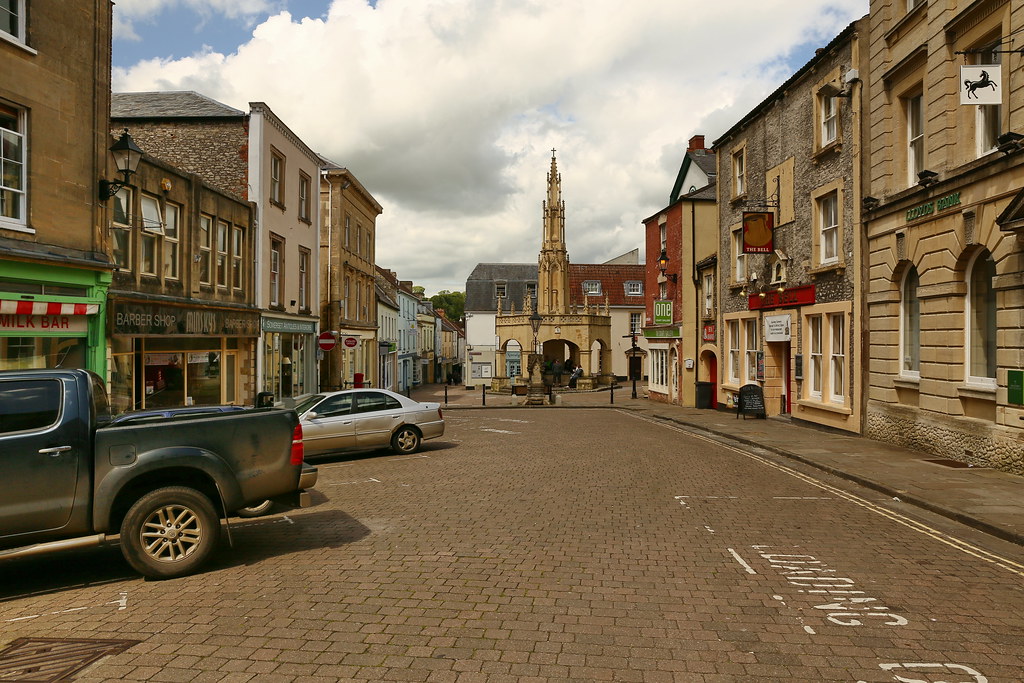 Latest from the Somerset Life

5 cocktails you must try this Christmas

7 of the best Somerset cheeses for Christmas